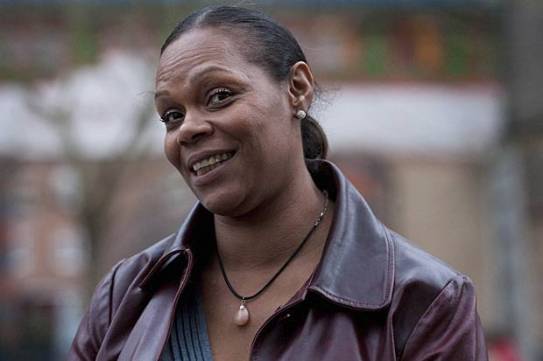 The Southbank Centre held their fifth annual Women of the World Festival (WOW) this year, beginning onMonday 2nd March and finishing on the 8th, International Women’s Day. It was my first time attending the festival, and it managed to surpass all expectations.

A sense of sisterhood was established from the start, and I’ve never heard so many women speak on such a wide variety of topics with such warmth, passion and, when appropriate (because there was some difficult and sometimes disturbing content) humour. I was only able to attend Saturday’s events but next year I’ll be certain to purchase the weekend pass – the sheer amount of amazing talks and workshops made itfeel like a waste to attend only one day. It also gave me the problem of having to choose which woman to dedicate our ‘Boob-free page three’ article this week to – I’m sure a selection of other speakers from the festival will feature here in upcoming months. For now however, I’m going to introduce you to Marie Hanson. An inspirational and truly empowered woman who managed to bring the entire room close to tears in approximately three minutes.

Marie Hanson spoke at the ‘Accidental Activists’ talk, which covered the work of four women: Marie; Laura Bates, who launched Everyday Sexism; Sylvia Lancaster, whose daughter Sophie was murdered for ‘being a Goth’; and Zarqa Nawaz, a Muslim writer and filmmaker whose work focuses on women and the mosque. It’s a testament to Marie that she had such impact in a talk featuring three other incredible women.

In 2003, Marie, or ‘The Queen of Doddington’ as she’s also known, left her abusive husband and found herself with six children and no job, money or home. For years, Marie’s husband both psychologically and physically abused her, and sexually abused one of her daughters (Marie only discovered this after she had left him), but the breaking point was when he took her three-month old baby and dangled her from the window until the family got down on their knees, begging him to stop. After leaving, the family were left with no option but to sleep in the car and Marie described having to explain to her children that they were there because “they wanted to be first when McDonalds opened.”

Luckily, the council were able to rehouse Marie and her family on an estate in Doddington, and once there she decided to start S.T.O.R.M (‘support, trust, opportunity, rebuilding, motivation’) family centre, as a place for other single mothers. In 2008, her son was stabbed in the back and almost killed when he tried to defend a friend, and since then she has also opened the centre up to young people turning away from violence.

S.T.O.R.M. has been able to help over 2,000 women and countless young people since 2003. It offers free art therapy sessions, job hunting and CV writing workshops, numeracy and literacy classes and a youth club amongst other support services, and holds regular community events. It’s no wonder then, that for her work Marie is known as ‘The Queen of Doddington’. Watching her speak was one of the most moving things I’ve witnessed; in addition to the abuse she suffered at the hands of her husband, Marie has overcome her own personal child abuse as well as severe dyslexia in order to become the woman she is today. She’s an activist, that’s certain, but I don’t know if the ‘Accidental’ in the title of the talk applies to her. Marie is a woman who has worked hard and deliberately for many years to accomplish what she has, and is rightly proud of her achievements.

You can watch a huge selection of the talks at WOW 2015 on the Southbank Centre’s Youtube channel: https://www.youtube.com/user/SouthbankCentre/videos. It’s highly recommended viewing.