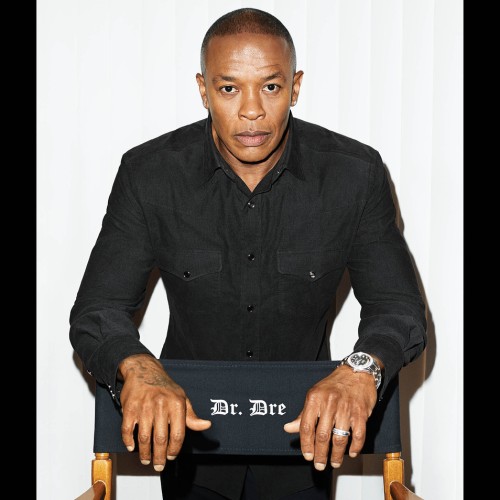 Andre ‘Dr Dre’ Young, the billionaire headphones mogul and Apple employee, released a new album this week. Inspired by the new film Straight Outta Compton, the album Compton, A Soundtrack By Dr Dre will be Young’s third release. It’s been 16 years since his last album, which is approximately three lifetimes in the pop music world, so you can imagine the fanfare with which this has been announced. Since his last record, Young co-founded the Beats By Dre brand, which was recently purchased by Apple, inc for three billion dollars – the biggest purchase in Apple’s history. The exact amount Young made isn’t known, but he immediately put a video up on Youtube stating that he was hip hop’s “first billionaire”.

Considering all of the above, there’s been a lot of press around Young recently. Weirdly enough, though, I haven’t seen many mentions of the time he repeatedly slammed a woman’s head into a wall in front of a crowd of people and then boasted about it afterwards.

The woman was Dee Barnes, and her crime was interviewing O’Shea ‘Ice Cube’ Jackson. During the interview, Jackson discussed leaving NWA (the group Young was a member of, and also the subject of the film Straight Outta Compton) and the rest of the members of the group felt that, during the interview, they were painted in a negative light. Young retaliated – not against Jackson, but against Barnes. As originally reported in Rolling Stone:

“Dre picked her up and “began slamming her face and the right side of her body repeatedly against a wall near the stairway” as his bodyguard held off the crowd. After Dre tried to throw her down the stairs and failed, he began kicking her in the ribs and hands. She escaped and ran into the women’s restroom. Dre followed her and “grabbed her from behind by the hair and proceeded to punch her in the back of the head.” Finally, Dre and his bodyguard ran from the building.”

This being a public incident, you’d think there would be an apology from Young, or at least a denial. Below is from the same Rolling Stone article:

“Dre himself says: “People talk all this shit, but you know, somebody fucks with me, I’m gonna fuck with them. I just did it, you know. Ain’t nothing you can do now by talking about it. Besides, it ain’t no big thing – I just threw her through a door.””

This wasn’t the only time Young hit a woman and it became public knowledge. He also beat up a girlfriend so badly she needed plastic surgery afterwards. So why doesn’t anyone bring it up? How has this been of no detriment to Young’s immense success, and why didn’t Apple consider this background before associating with Young, despite their careful curation of the Apple brand?

If this was one man, a case could be made that for a male celebrity to commit violence against a woman and still be celebrated would be an isolated incident. However, there’s also the time Sean Penn tied his wife Madonna Ciccone to a chair and repeatedly punched her in the face. Sean Connery has publicly talked about how he thinks it’s right to hit women. Michael Fassbender’s ex-girlfriend tried to file a restraining order against him, after claiming that he threw her over a chair, breaking her nose, and dragged her alongside his car, causing her to twist her left ankle, blow out her kneecap and burst an ovarian cyst. This is without even going into the sexual abuses of Roman Polanski and Woody Allen, or the way Bill Cosby, Rolf Harris, Jimmy Saville and many others escaped punishment for decades.

The fact is, for many years these men and others have used their fame and power to get away with despicable crimes. The reason they have been able to do so is due to their celebrity and selling power. It’s us who gives them this power. Instead of looking the other way, we need celebrities to take responsibility for the crimes they have committed in the past. We can help this to happen by taking responsibility ourselves – if we all think twice before downloading our next album, or buying our next movie ticket, we can reduce the demand for these violent men and uphold the memory of what they have done to women.

After all, we wouldn’t want Young to think we forgot about Dre.