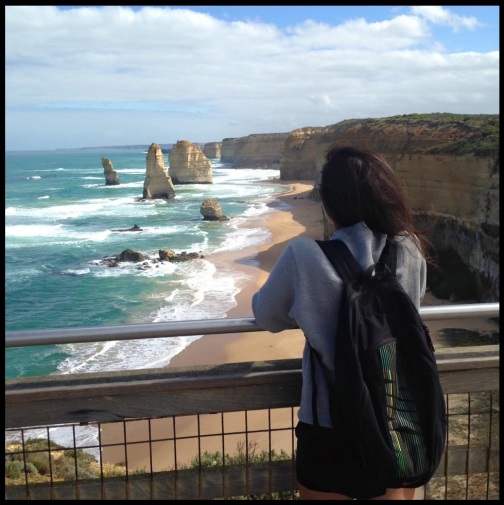 The thought of travelling alone as a woman can be daunting, let alone choosing to do it on the other side of the world. While it might seem like a mad choice, I’ve found that Australia is the perfect place to try solo travel for the first time. I remember reading hundreds of blogs before I went telling me this and thinking they were just trying to comfort their readers, but after spending just a few weeks here (so far) I fully believe it.

I know the world seems to have this idea that travelling alone as a female is really dangerous and people will try and persuade you not to go ahead with it (especially your parents).  The thing is, everything is kind of dangerous when you’re a female (statistically) and technically, being at home is the worst. Women are most likely to be attacked by someone they know, after all. It also depends on the country you’re going to – in some places, it’s not really advised to travel alone as a woman due to cultural differences and it’s important to do your research into the area you’re visiting. Australia was a good choice for my first experience (as a white British woman), as it’s a developed country with similar gender equality laws to the UK, and I couldn’t feel more safe. It’s not the type of place where you will get gawked at in the street either for wearing some daisy dukes and a bikini, or for covering up. You are free to go about your business whether you’re big, small, tall or short and I have felt less pressure on body image here than back at home.  It is such an easy country to travel around. There hasn’t been a language barrier, there are many means of public transport, and everyone is really friendly and happy to help.

I am not generally your typical traveller. I have always been a home bod who doesn’t like to step out of my comfort zone that was up until last year, after making the decision to travel South East Asia with my boyfriend last summer. I got the travel bug – bad. Coming home was a big shock to the system and I just craved that independence again of living by my own rules and going wherever the hell I wanted, when I wanted. There is a point in your life when if you’re not happy, you need to be the one to do something about it. So I booked my ticket to Australia for three months. From there it was all about one thing, saving. Working as a School Receptionist didn’t give me a lot of income so I ended up selling a lot on Ebay and doing boot sales etc., while also trying not to spend all my money on clothes like I usually do. It was a bit harder to turn down a night out but made all the difference to my bank account in the end. Some planning was also needed and getting as many contacts as you can before setting off helps you out a lot, as you can cut costs by staying with someone you know for a few days or even getting some recommendations for cheaper accommodation or places to eat. These are appreciated massively.

All I can say is if you are even contemplating it then just do it, you will not regret it! That first moment when you stay in a new city and step into your first hostel full of strangers is scary as hell, I’m not gonna lie, but once you ease into it and just relax you will love it. Making friends is like waiting for a bus; you find one and then they all come at once. There are so many other females travelling alone that I have rarely felt in any danger. As you are all in the same situation, it is easy to just strike up a conversation and can be quite comforting at the end of the day to go for a coffee with another female traveller and have a chat about your day. It makes the times when you’re missing your friends at home easier. It’s also an excuse to break open a pack of Timtams (Australian chocolate biscuits which are the most amazing creation when sucked through a tea or coffee).

I’ve found travelling for the first time on my own so empowering and it’s given me much more confidence in myself and my ability to take charge of my life. Just make sure if you do decide to take on the land down under, that you save up as much as possible.  As amazing as it is, Oz is as expensive as everyone says and you don’t want to be running out of money half way through and having to call your parents for a loan, if you’re lucky enough that they could provide this (kind of defeats the idea of claiming independence by going it alone).

Other than that, all you need is a passport and some swimwear and you’re ready to go!

– Yasmin Moulds is a travel- and Netflix-addict whose extreme fear of sharks is making life in Oz a risky yet rewarding endeavour. To read more about her Aussie adventure, visit her blog, And All That Yas.