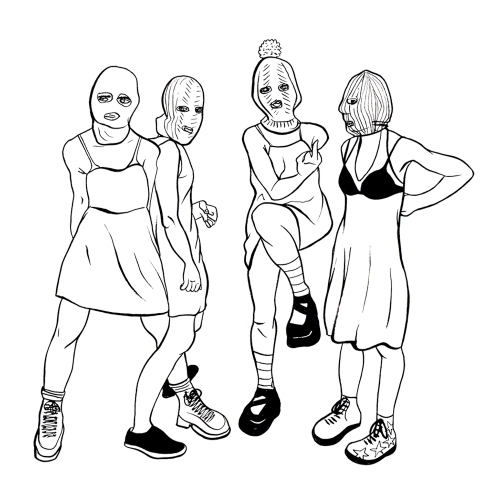 Who the hell are the Jar Belles?

This blog was created for two main reasons: 1) to confront and tackle the everyday bullshit sexism encountered by women everywhere and 2) to invoke the idea of sisterhood, so prevalent during feminism’s second wave but strangely absent from 2014, when this blog was created.

Nobody wants to feel like they’re alone. Too often we’re made to feel like the stuff that happens to us is rare, or incidental, and that we’re being crazy if we kick up a fuss about it. But we’re not alone. This crap is systematic, and it relies on us believing we’re alone in order for things to go unchallenged and unchanged. By coming together, expressing ourselves and sharing our opinions and experiences, we take some of the power back – and rediscover the sisterhood.

This blog is a collaborative one. It’s always open for submissions, and submissions are welcome from everyone regardless of sex, gender, religion, race, ability or class. The riot grrrl movement highlighted the importance of DIY culture in making feminist voices heard – you don’t need expertise, qualifications or experience in order to share, and the only person who can give you permission to do so is yourself. So we want to hear what you think, whether that’s via essays, poems, comic strips, short stories, news articles, rants or raves. Everyone who writes for the site or becomes a part of the blog community is a Jar Belle – we are the Jar Belles.

Why the name? The Bell Jar is a novel by Sylvia Plath, and in it the main character uses the bell jar as a metaphor for feelings of confinement, entrapment and oppression. She considers herself trapped inside society’s stale social conventions and longs to break out. We know the feeling. As Jar Belles, we try to raise awareness that the jar exists, and aim to smash through it entirely.